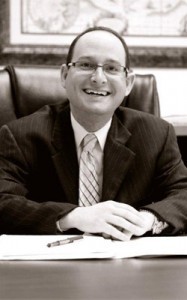 Scott Hershenson has been an Associate attorney with Polatsek, Counsellors At Law, since September 2000, and practices exclusively in the field of immigration, in our Fort Lauderdale office. Mr. Hershenson has been licensed to practice law by the Supreme Court of the State of Florida since 2000. He is a member in good standing of the State Bar of Florida, the American Immigration Lawyers Association (AILA), and is able to practice immigration and nationality law in all states and territories of the United States.

Mr. Hershenson was born in Virginia Beach, Virginia, but was raised in South Florida. He graduated with a Bachelor of Arts, in History in 1997, from the University of Florida, and received his Juris Doctor, in 2000, from the George Washington University Law School in Washington, D.C.

Mr. Hershenson has successfully represented thousands of immigrants in all areas of Immigration and Nationality Law, including extensive experience in employment-based and family cases, deportation hearings, asylum applications, waivers, and everything in between. He handles all immigration petitions and applications to the U.S. Department of Homeland Security, U.S. Citizenship and Information Services (formerly INS), the National Visa Center, the Department of Labor, the National Benefits Center, and U.S. Embassies and Consulates around the globe.

He takes great pride in his work and leaves each night knowing that he has done everything possible for his clients. His client list varies from Fortune 500 companies, universities, and small to medium sized companies, to single individuals. His goal is to make the complex immigration process as simple and painless as possible for each and every one of his clients.

Mr. Hershenson married his high school sweetheart in June 2000. They are fortunate to have two wonderful and amazing children.

Mr. Hershenson is extremely passionate about our firm, his family, and the Gator Nation.