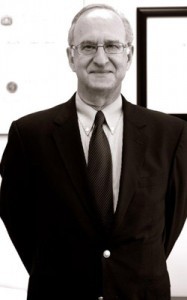 Mr. Polatsek earned his Bachelor’s degree from the University of Wisconsin in 1975 and was awarded his Juris Doctorate from Brooklyn Law School in 1980.

Since joining Polatsek, Counsellors At Law, Mr. Polatsek has practiced extensively in the preparation and processing of work related nonimmigrant visas, including Treaty Trader and Investor visas (E-1 and E-2 visas), Professional employment visas (H-1B and L-1 visas) as well as J-1, O, P and Religious Based (R-1) visas. Mr. Polatsek also has considerable experience related to employment based and family based immigrant visa petitions including petitions based on marriage to a United States citizen or Lawful Permanent Resident, petitions filed by United States citizens for foreign born parents or children, and petitions filed on behalf of abused spouses and children pursuant to the Violence Against Women Act.

Mr. Polatsek has extensive experience appearing on behalf of clients in deportation and removal proceedings before the U.S. Immigration Court. This includes motion practice, applications for bonds, and conducting hearings as well as preparing and filing briefs before the Board of Immigration Appeals.

Mr. Polatsek also has considerable experience counseling corporate clients regarding compliance with employee related immigration laws and regulations. This includes preventive audits of immigration related corporate practices as well as representation of clients who have been cited by the U.S. Department of Labor or the United States Citizenship and Immigration Service for alleged violations.